If you follow The Shirt on Instagram (@theshirtnd), you got a peek yesterday at the designs that were created but never sold—when the Irish hit their hot streak in 2012, designers for The Shirt 2013 began thinking of what they would do to celebrate a potential championship season in the midst of their work for the next year’s Shirt. 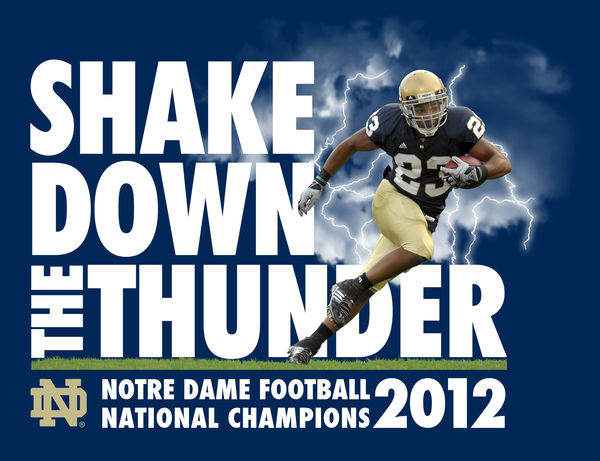 Junior John Wetzel, current president of The Shirt Project, was vice president at the time and had just come off a successful season designing The Shirt 2012. Here’s an inside look at the development of The Shirt that might have been…


“As soon as Notre Dame became number one beating Oklahoma, campus was going wild, and everyone on campus began to think about the potential of playing for a National Championship. At that point work had just begun on forming The Shirt committee for 2013.

“We hadn't started thinking about the design yet butwere still basking in the current football season’s glory. The next committee meeting after the Irish became number one, someone brought up the idea of creating a special version of the 2012 Shirt to celebrate the potential National Championship.

“Over winter break as the Irish prepared to play for National Championship, The Shirt Committee began to prepare the special version of the 2012 Shirt. In order to jump into production after the Irish potentially won the national championship, we had to have the design finished way before the actual game. 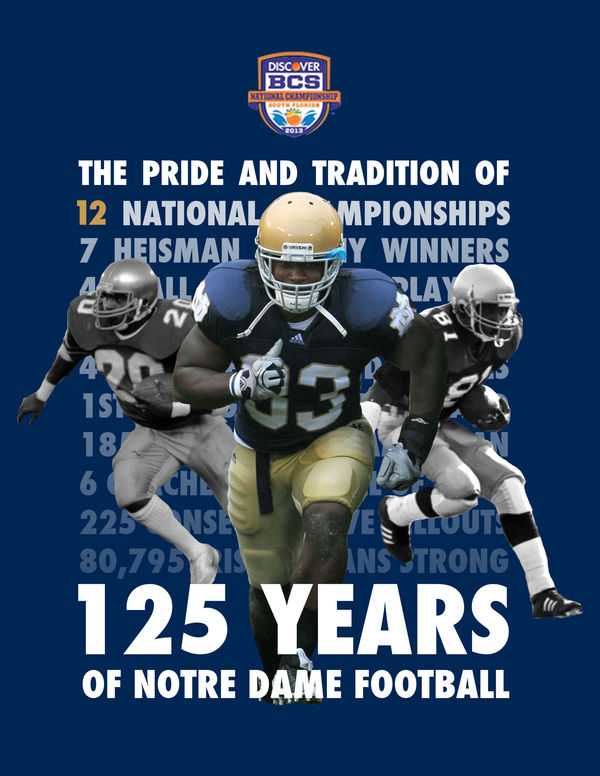 “It was a very logical design progression from the current 2012 Shirt to the special National Championship edition because the 2012 Shirt featured stats on the back and one of them was the number of national championships.

“Unfortunately the reality was that we had to create the shirt before the Irish were playing the national championship game in order to have a production in time immediately after the game. I wouldn't say that I was superstitious while designing it, but I did know that we were going to face a very difficult opponent and Alabama in the national championship and a win was far from gaurenteed.

“Because of the great success of the football team, The Shirt 2012 sold out at the bookstore. Producing a national championship Shirt would have allowed us to continue raising money for our charities as well as producing a wonderful keepsake to celebrate the great 2012 season.

“The Shirt is a wonderful way some people use to remember the football seasons and the special edition Shirt would've provided them with a good keepsake of the potential National Championship.”

To refresh your memories, here's an explanation of what's on the back of The Shirt 2012: 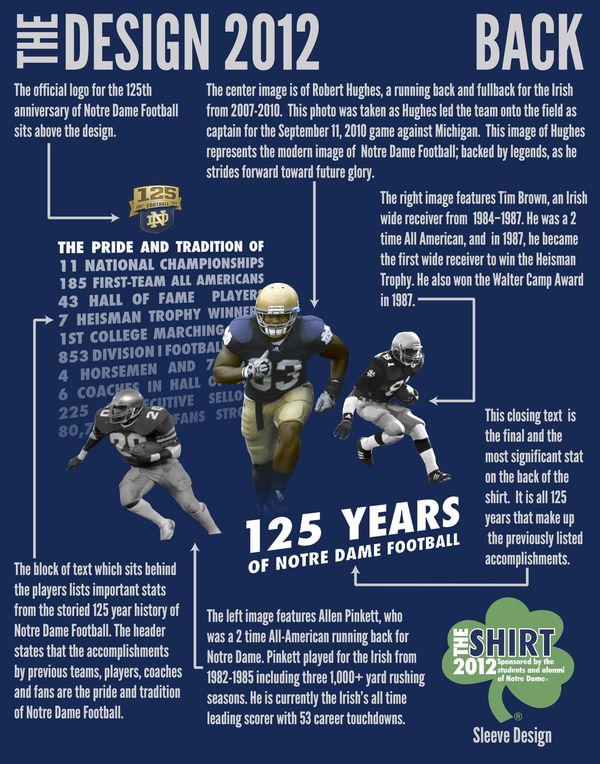