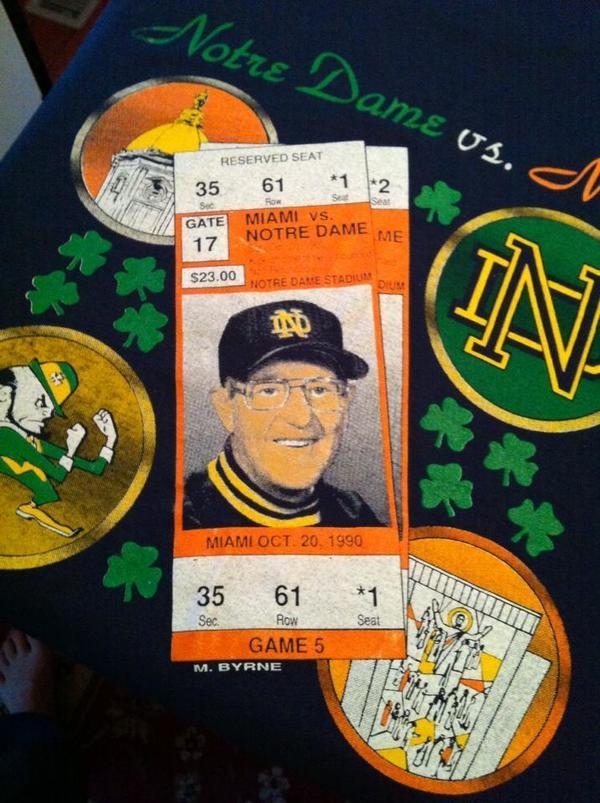 Former campus security officer Kyle Hall would. He’s managed to collect all but the 1991 and 1996 versions of The Shirt, and for reasonable prices, he says.

“I have been a huge ND football fan since Lou Holtz began revitalizing the program in the 1980s,” Hall says. “I first learned of The Shirt Project in 2002 and purchased my first shirt just prior to the Stanford home game, officially joining Coach Willingham's ‘Sea of Green.’

“This started a tradition of purchasing The Shirt prior to attending my first home game of each year, until 2006 [when he started working for the athletics parking division of campus security]. I had learned after-the-fact of an official Shirt unveiling ceremony in 2005, and vowed to attend the 2006 one.

“Therein began a new tradition of buying The Shirt on the day of its release. It also started the process of my showing up hours early, and bringing chairs to secure a front row spot for myself and family.

“I've been there every year since, and was especially enthralled with the 2009 ceremony when Lou Holtz was the guest speaker, and students wearing all of the previous versions of The Shirt lined up across the stage. It was then that I decided that I wanted to have them all.

“I've located and acquired nearly all of the past shirts through the services of eBay the last few years. Most have been delivered via mail, one I met with the seller at a nearby Starbucks and another I drove into Michigan to acquire.

“It's been a glorified scavenger hunt of sorts, but it's been an incredible amount of fun. There's actually an eBay seller currently asking $3,000 for the entire collection, but part of the fun, and consumption of time, is securing them at a reasonable price point.”

Hall surprised The Shirt Project executive committee with another revelation: he has a rare edition of the second 1990 Miami game Shirt that’s long-sleeved. The executive committee believed until then that 2012 and 2013 were the only years the Project had sold a long-sleeved version of The Shirt, but Hall says his find is authentic and even provided us with a link to the Notre Dame Archives’ merchandise record! (Listed as OATH 52/1310) Did you see the Instagram preview yesterday?


“How or where he acquired it is a mystery to me, but it was evident to me upon its arrival that it was near mint, and that the seller had no idea of its worth, being that I secured it for only $9.99. I just recently saw the short sleeve iteration being sold at an asking price of $125!”“Thus far the 1992 shirt is my personal favorite because of the iconic image of Coach Holtz and prior legends on the Mount Rushmore like backdrop, but I'm extremely proud of my 1990 find,” Hall says. “I purchased it from a seller in Sarasota, Florida who stated that it had never been worn.

Hall says he tries to secure multiples of each edition, and he has big plans for his collection on this year’s Unveiling: he’ll be bringing the rare, lost, forgotten long-sleeved 1990 Shirt from our past to commemorate the 25th anniversary.

Have a great story about your own history with The Shirt? Share it with us at theshirt@nd.edu! 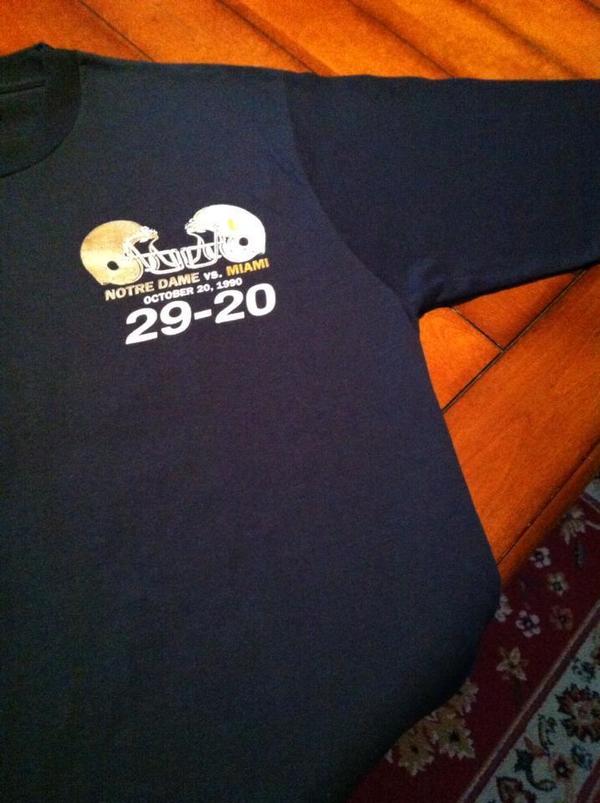 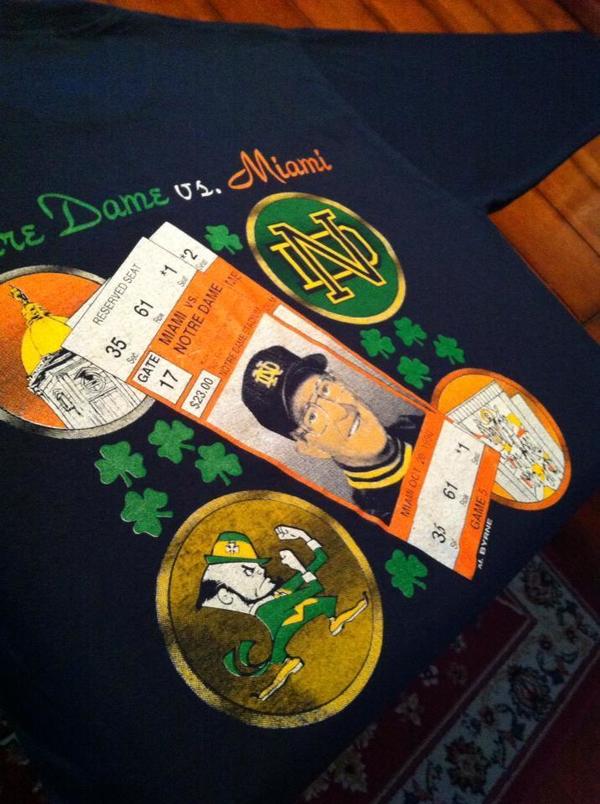 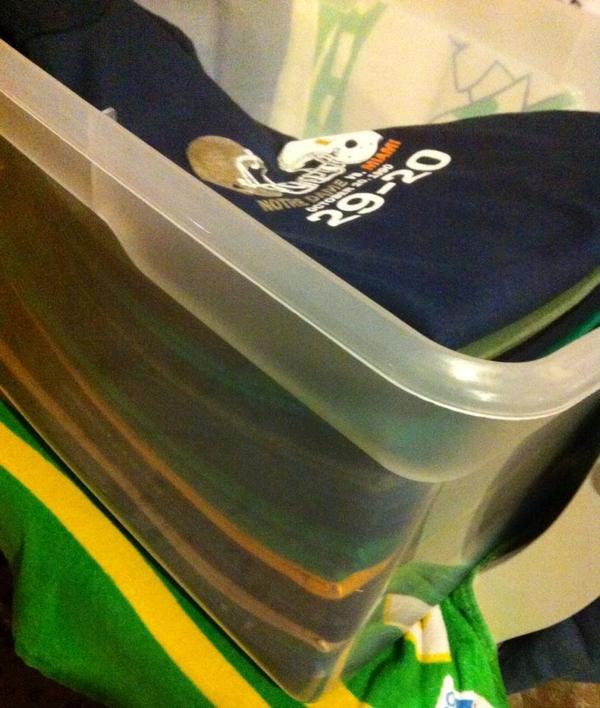