To Be Unveiled In...

END_OF_DOCUMENT_TOKEN_TO_BE_REPLACED 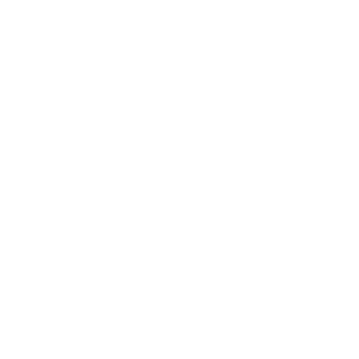 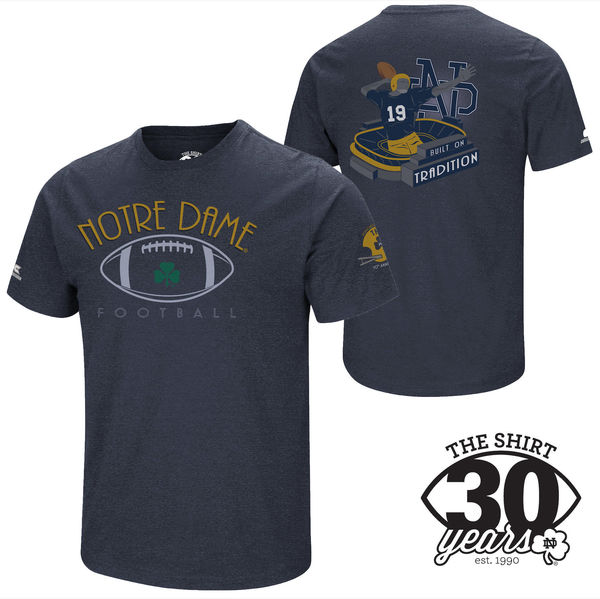 Read the story behind The Shirt 2019.

What is The Shirt?

Our committee works all year to produce a shirt that Notre Dame nation can take pride in wearing throughout the football season. Dozens of iterations are created before the final design is chosen.

Half of the proceeds from The Shirt go to The Shirt Charity, which helps students afford unexpected medical expenses. Remaining revenue is used to fund student clubs, organizations, and The Rector Fund, which allows all students to have the full Notre Dame experience regardless of their financial situation.

Within Notre Dame Stadium, The Shirt can be seen as a common thread uniting not only the students, but all fans in one solid color. A sea of same-colored Shirts gives the opposing team a "twelfth man" to fear. 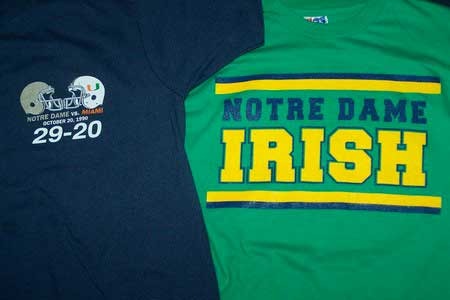 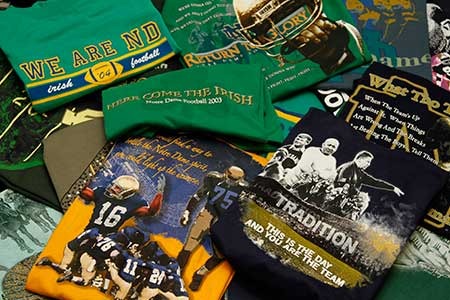 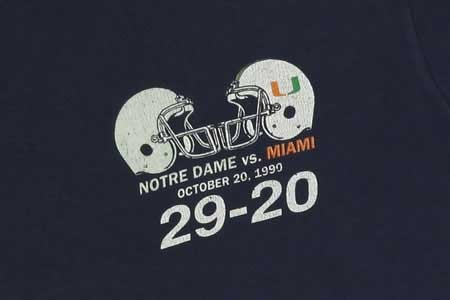 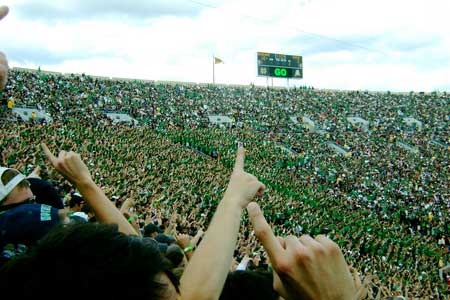 END_OF_DOCUMENT_TOKEN_TO_BE_REPLACED

Why does the color of The Shirt change from year to year?

The tradition of changing the color of The Shirt each year began with the first two Shirts created in 1990 (a green shirt for the Michigan game and a navy shirt for the Miami game). The Shirt has changed colors each year since then with the exception of years 2002-2004, where it remained green three times in a row. The Shirt has most commonly been shades of blue and green with a few exceptions. Though the color of The Shirt typically changes from year to year, the exact color is kept confidential until the unveiling in April.

Who produces The Shirt?

Every November, various vendors bid for the opportunity to produce The Shirt for the following year. Over the history of The Shirt, various vendors have produced The Shirt including Hanes, Anacoda, Champion, Cadre Athletic, St. Claire Apparel, Pro Edge, Adidas,  Alta Gracia, and Colosseum. The vendor for The Shirt 2018 is Colosseum.

How is the design of The Shirt decided?

In November a student committee is appointed to coordinate all aspects of The Shirt. After the color is decided, the committee works for weeks to find a theme and associated elements to include on The Shirt. The committee draws inspiration for the theme from Notre Dame songs, quotes and moments in both University and football history.

What does The Shirt benefit?

Beyond bringing unity to the student body and Notre Dame Stadium, all profits of The Shirt support Notre Dame students. In general, half of the revenue supports student clubs, organizations and residence halls. The other half of the profits are directed to The Shirt Charity Fund, which helps students who face catastrophic accidents or illnesses, and The Student Experience Fund, a program which provides funding for students to take part in campus life activities that they cannot afford to pay for on their own, such as textbooks, football tickets and service trips.

How long has there been a Shirt?

The tradition of The Shirt began as a student fundraiser in the spring of 1990 and has been worn by students and fans alike ever since.  The year 1990 featured two shirts:  a green shirt for the September 15 Michigan game and a navy blue shirt for the October 20 Miami game. More information on history of the Project can be found here.

Which have been the most popular Shirts?

The most popular shirt to date is the 2011 collegiate royal blue shirt.  The 2006 navy blue and 2013 dark kelly green follow in second and third place.

Where can The Shirt be purchased?

One of the unique aspects of The Shirt is that sales are restricted to only certain vendors. As such, you will not find The Shirt in malls or retail apparel stores.  The Shirt is available exclusively from the University of Notre Dame at the following locations:

You will also find The Shirt sold at select student-run concession stands on game day.

Does The Shirt sell out?

Yes, The Shirt can sell out. Fans are encouraged to purchase their Shirt early in the season to get their preferred size. In recent years, popular sizes of The Shirt have sold out before the last few home games.  The Hammes Notre Dame Bookstore provides pre-orders before it is unveiled on ndcatalog.com.

What sizes are offered?

The Shirt is offered in the following sizes:

Do you offer women's cut shirts?

How can I purchase Shirts from past years?

Every spring the previous year’s shirt is “retired” and no longer made available for sale.  In keeping with the tradition of The Shirt, past shirts are not re-printed or re-sold.  Fans seeking past shirts have found the best luck on sites such as eBay.