2014 will mark the third consecutive year that The Shirt Project has worked with Alta Gracia to produce the single highest-selling item of collegiate apparel in the nation. Here’s how this three-year stretch came about:


Every year, potential vendors submit proposals to The Shirt Project executive committee specifying pricing their production capabilities, including what colors and customizations are available, how many units can be produced at once and what consistency and control can be achieved, among other technical specifications. Part of the proposal includes a bid — the price The Project would pay per Shirt. 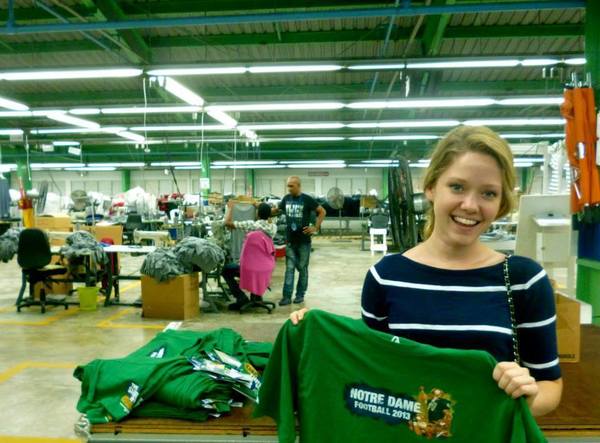 Vendors come to campus in late November to present their proposals and bids and answer all of the executive committee’s questions. After extensive reviews of numbers and possibilities, plus the interviews with representatives, the executive committee votes on which vendor to work with for the coming year’s Shirt.

The process is also very secretive — no one besides those who attend the vendor meetings knows exactly which companies bid on The Shirt each year. That’s to ensure a fair competitive atmosphere; every vendor has an equal chance to impress the executive committee without talking down another applicant.

Alta Gracia is a fair trade apparel company and subsidiary of Knights Apparel, the largest manufacturer of collegiate apparel in the world and the vendor of the 2005 and 2006 Shirts. Alta Gracia commits to paying its workers a living wage beyond the minimum wage required by law in the Dominican Republic, where its factory is located.

Over 155,000 units of The Shirt 2012, the first Shirt produced by Alta Gracia, were sold, generating hundreds of thousands of dollars for charity and affording a living wage for 135 workers and their families.

As you may have seen on Instagram yesterday or on Facebook before, last year members of the executive committee traveled to the Dominican Republic to see the factory firsthand. This April, The Project will send a new group to visit.

The Shirt Project is proud to support Notre Dame students through The Shirt Charity fund, the Rector fund and student activities. By partnering with Alta Gracia, we are able to give back even more, and we thank you for supporting all of these causes!